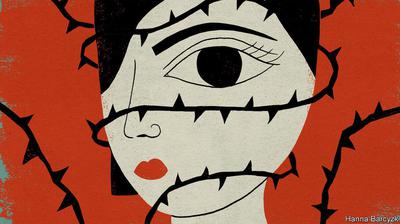 Why China’s divorce law is so controversial

Under China's new civil code, adopted in May, couples will have to wait 30 days between registering their intent to split for good and actually doing so. Nothing wrong with that, some might argue—many other countries have similar “cooling-off” requirements. On matters related to marriage, Chinese law is still remarkably liberal. Yet weeks after the restriction was introduced (it will take effect in January), many netizens remain furious. It will, they say, imperil the lives of women. 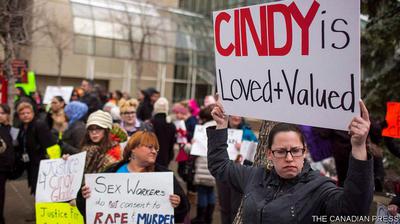 In a trial in Canada later this year, one of the questions is whether Cindy Gladue liked rough sex. Specifically, if she liked it rough enough to consent to digital penetration that tore an 11cm wound in her vaginal wall. Ms Gladue bled to death, so she cannot testify. Bradley Barton, charged with her manslaughter, says her death was a tragic accident. Mr Barton’s case, a retrial, will be heard in November. The verdict in another case is expected on July 31st. 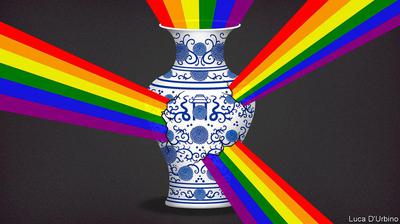 In many ways , Gao Moumou was lucky. She had a good job as a product director in Beijing for Dangdang, an e-commerce firm, which allowed her to save enough money for her gender-reassignment surgery. Her office gave her time off to recover, but on September 6th, 2018, less than three months after her surgery, Dangdang fired Ms Gao, citing her “continuous absenteeism”. Ms Gao thinks the real reason was transphobia. In January this year a court in Beijing surprised many by agreeing with her. 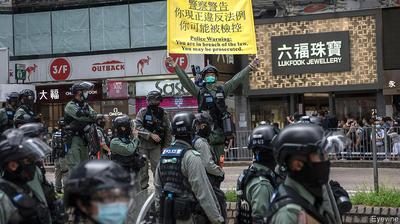 Many Hong Kongers are considering emigration

In September 2018, Matthew Torne, a British filmmaker, released the third in his trilogy of documentaries about Hong Kong. “Last Exit To Kai Tak” is a bittersweet chronicle of five Hong Kongers who, after the disappointment of the pro-democracy “umbrella” protests of 2014, grapple with what is left for them in the city, as its liberties are chipped away by an increasingly bellicose Chinese government. The burning question, as one character puts it, is this: “revolution or emigration?” 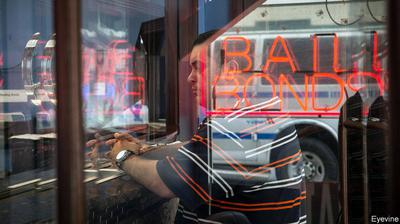 It might have been the most polite bank robbery in New York’s history. At half past five in the afternoon on January 10th a man in a Chicago Bulls baseball cap walked into a Chase Bank branch in Brooklyn and handed a note to the teller. “This is a robbery,” the message said, in handwritten red ink. “Big bills only.” He walked out with $1,000. The man accused of the heist is Gerod Woodberry. Less than four hours before the Brooklyn incident, Mr Woodberry had been released from police custody after being 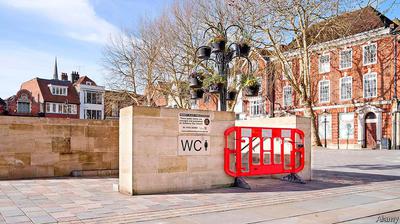 Lockdown and the toilet problem

It was a mortifying moment. Crouched in a bush, Katie was confronted by a dog owner whose hound had discovered her al fresco lavatory. The woman remonstrated loudly that (pooch practices notwithstanding), Katie shouldn’t relieve herself in a public place. “It was quite embarrassing and awkward as I was mid-pee, and I just tried to explain it was a desperate situation,” she recalls. 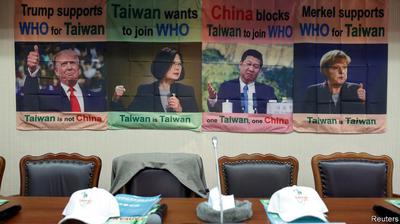 Why Taiwan is not recognised on the international stage

THERE IS an island 180km off the coast of China. Its democratically elected leaders say they run a country called the Republic of China. To the Communist government in Beijing the island is “Taiwan, China” or “Taiwan Province, China”. International organisations, desperate not to offend either side, struggle to name it at all—many opt for the deliberately ambiguous “Chinese Taipei”, after its capital city. To most it is just “Taiwan”, 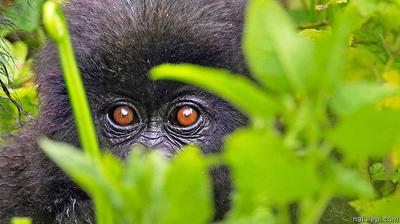 Late in 1990, when Paul Kagame was hiding on the Congolese side of the Virunga Mountains preparing to invade Rwanda, his army, the Rwandan Patriotic Front, were not the only formidable inhabitants of that densely forested volcanic range. 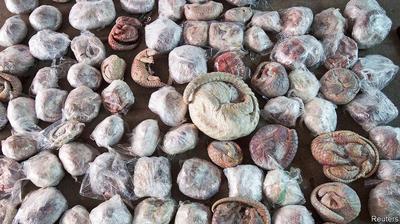 Covid-19 has put pangolins in the spotlight

Pity the pangolin. With its hard covering and ability to roll into a small ball when threatened, the scaly anteater, as it is also known, has an advantage over most predators. But it cannot repel humans. Pangolins, which are endangered, are the most trafficked wild mammals in the world. Most end up in China. 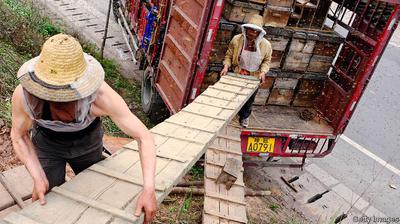 Zhang Yali remembers the pains of living in the Chinese countryside when she was growing up. On the mountainside in rural Shanxi, the northern province where her family lived, snakes and scorpions lurked. If they did not bite, the mosquitos cert 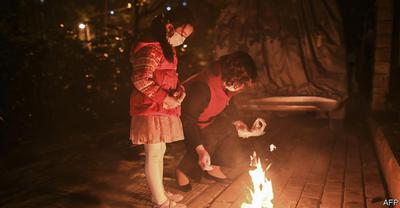 How China’s grave-sweeping festival is adapting to covid-19

ZHANG SHIMO is popular in the afterlife. He died in mainland China in January 2012, a few months shy of his 100th birthday, but he has not been forgotten. His profile on Wa Heaven is one of the most visited on the Chinese online-memorial website. He ha 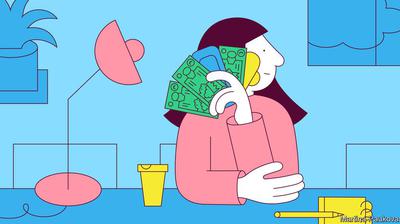 When Michelle Fisher was a teenager, money was tight, and she had to ration the number of tampons she used. Despite experiencing extremely heavy periods, she would use only one or two a day. Once, she bled through onto a chair at school. “Even to this day when I’m buying products it still feels like I need to ration myself as an after-effect of being so restricted growing up.” 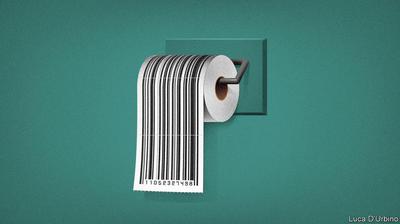 Why Britain’s public conveniences are anything but

Antoinette, a rough sleeper in the Finsbury Park area of north London, doesn’t feel safe going to the toilet. The one public toilet nearby is often dirty, she says, and people take drugs in there. A pub near the underground station allows non-customers in, but men use it for another kind of relief. She prefers a branch of Costa, a coffee chain, but the door requires a passcode that is handed out only to customers. So she relies on friendly baristas slipping her the code. 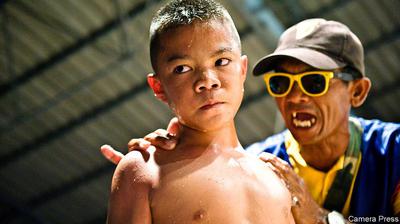 Despite a tragedy, children continue to compete in Thai boxing bouts

The death of Anucha Thasako was supposed to change everything. After several sharp blows to the head during a Thai boxing bout in 2018, the scrawny 13-year-old fell to the floor, unconscious. The referee rushed to his side, to no avail. There was no doctor in attendance. Anucha died soon afterwards from a brain haemorrhage. He had been boxing since the age of eight, and had taken part in around 170 fights. 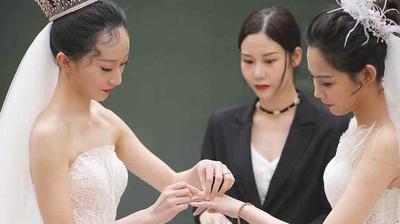 A romance and two years of dating, Emma and her girlfriend, Han, have tied the knot (see picture). They invited about 100 people to their wedding on January 18th in the south-western city of Kunming. It involved a ceremony, with the two women in matching white wedding dresses, followed by a banquet and an after-party. Emma says she was both excited and nervous. The wedding meant “commitment and responsibility” and “the courage to spend the rest of my life with the one”. She is looking forward to 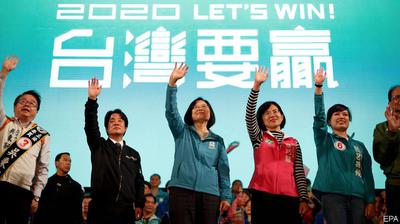 What is at stake in the Taiwan election?

TAIWAN’S VOTERS go to the polls on January 11th to elect their president and parliament (called the Legislative Yuan). If opinion surveys are any guide, the current president, Tsai Ing-wen of the Democratic Progressive Party (DPP), which supports eventual independence, will beat Han Kuo-yu of the Kuomintang (KMT), which advocates closer ties with China. That would rule out any near-term prospect of a thaw in relations across the Taiwan Strait. 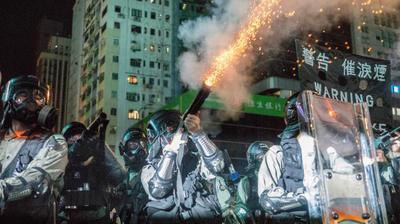 Hong Kong students look to Taiwan amid fear of reprisals

Teenagers in Hong Kong are applying for places at Taiwanese universities as fears grow that they could be blocked from studying at home if they are linked to the pro-democracy protests. Hong Kong is officially part of China, under the “one country, two systems” framework; Taiwan is self governing, but is claimed by China as sovereign territory. 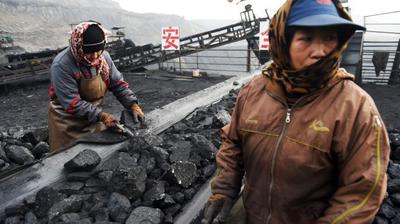 China is expanding its coal power infrastructure despite pledges to curb carbon emissions. Analysis reveals that the amount allocated to large infrastructure projects by Beijing has doubled this year, with airports and high-speed rail lines among 21 schemes allocated a total of £83.9 billion. 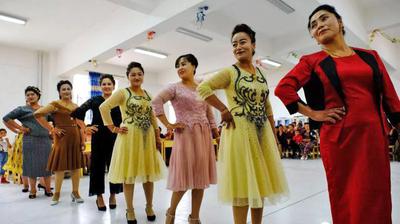 China pushes Uighurs on to catwalk to erase native dress

Uighur women have been coerced into appearing in fashion shows and beauty pageants to make them “look more Chinese”, according to a research paper into a government initiative. About a million Uighurs and other Muslims are held in detention camps in Xinjiang but some women who live outside the camps have been encouraged to take part in fashion shows and “longest-hair competitions” organised by the Chinese government under its Project Beauty initiative. 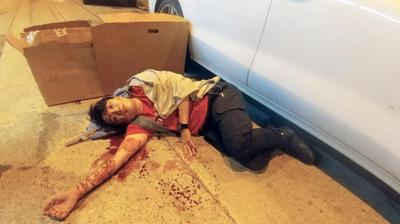 A brutal hammer attack on a prominent Hong Kong activist has raised fears that gangs backed by Beijing are trying to stop pro-democracy demonstrations by targeting protest leaders for “political assassination”. The last time Beijing faced a mass uprising on Chinese territory, in Tiananmen Square in 1989, it sent tanks to crush dissenters. Today, in Hong Kong, with the world watching, protesters claim different tactics are being employed.
Load More Articles
Close ✕